While Covid-19 is far from being conquered, we need to widen our focus to include other potential sources of pandemic. One of them is antimicrobial resistance (AMR) – a consistent threat to the health of global population and it is estimated that by the year 2050 AMR could be responsible worldwide for one human death every three seconds.

AMR (Antimicrobial resistance) is an occurrence in which bacteria builds a substantial resistance to any treatments designed to fight certain infections (Ormiston, 2021). In other words, an antibiotic that was once effective against a specific bacterium, is rendered useless against the resistance built up within the body. As we add development of superbugs to this set, we get a lethal combination.

WHO has named AMR one of the top 10 global public health threats for humanity, naming both cost to the economy and the fact that without effective antimicrobials, the success of medicine in treating infections would be at increased risk. The discovery of antibiotics meant that previously lethal infections could be cured and surgical procedures made safer, allowing for the development of modern medicine. With the rise of AMR, we are now heading towards a ‘post-antibiotic era’ where common infections may once again be fatal.

• show increased risk of complication and death. Globally, about 700 000 deaths may be caused each year by AMR. If current resistance rates increase by 40%, up to 9.5 million people may die each year.

• require more intensive and expensive care and are more likely to be admitted to hospital. Hospitals spend, on average, an additional USD 10 000 to 40 000 to treat a patient infected by resistant bacteria in OECD.

• suffer from a loss of productivity and income due to ill-health and additional time away from work. At current resistance rates, the total GDP effect in OECD, accounting for increased healthcare expenditure, would amount to 2.9 trillion USD by 2050.

What can we do?

Antimicrobial resistance (AMR), and resistance to antibiotics in particular, continues to grow in the WHO European Region and hundreds of thousands of patients die or are considerably affected each year by health care-associated infections (HAI) and diseases caused by germs that are resistant to antimicrobial medicines.

AMR is a natural phenomenon, that is supported by high volume use of antimicrobials. It is not simply a problem of medical science that is beaten by nature, but human action play a major role in its development. The misuse of antibiotics in the medical, veterinary and agricultural sectors (incl. inappropriate prescribing of antibiotics) and insufficient hygiene in hospitals, all contribute to the rise of AMR.

At SleepAngel Medical, our main aim is to support healthcare hygiene with barrier bedding – clinically tested to block viruses and pathogens, easy to disinfect on site to provide safe environment for the patients and caregivers.

“Soft surface is often the overlooked link in the chain of infection transmission. With PneumaPure filtered bedding, it is possible to disinfect soft surfaces as we disinfect hard surfaces – as the interior will stay uncontaminated,” says Sven Jürisoo, CEO and founder of Gabriel Scientific / SleepAngel Medical. 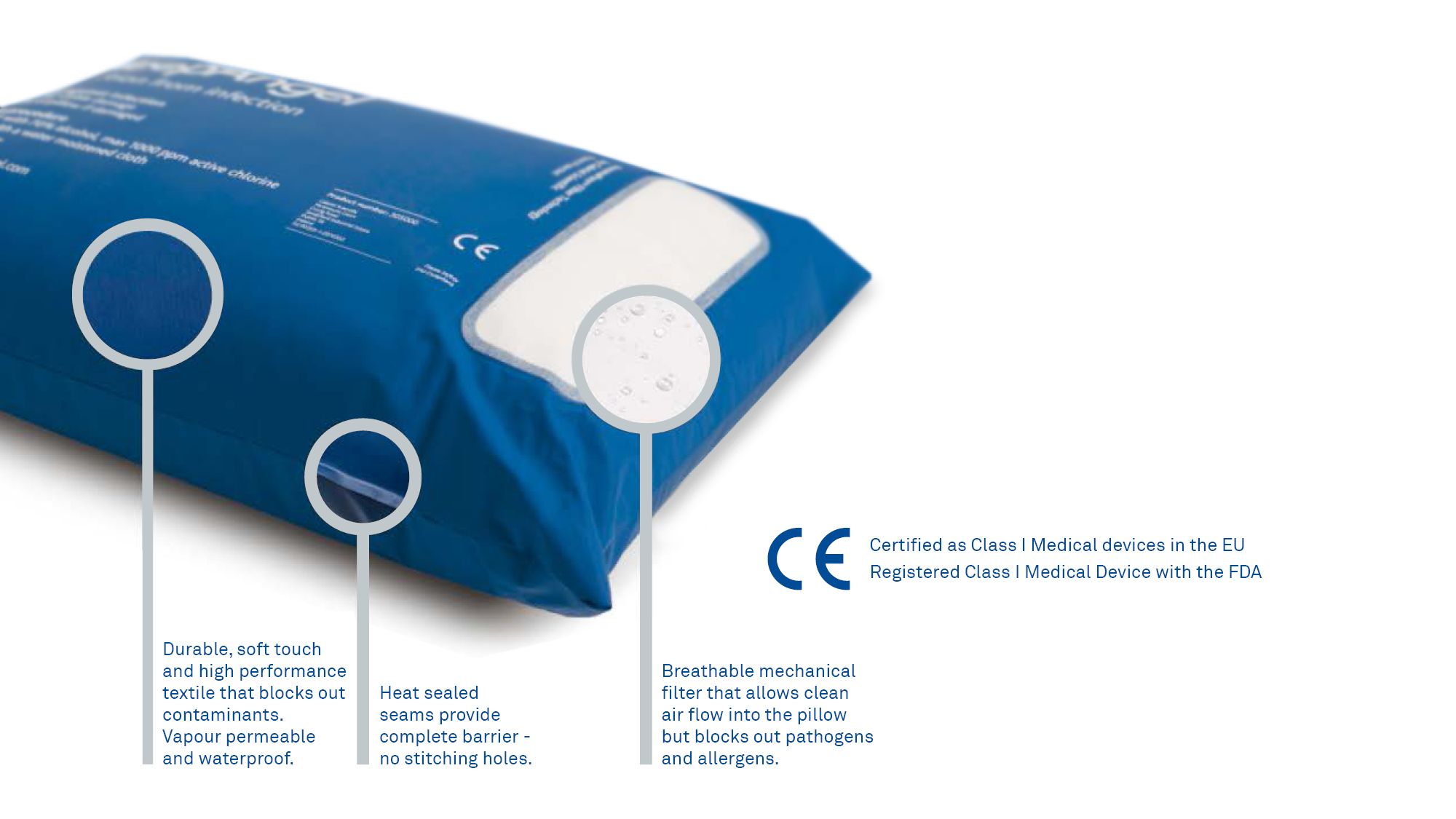 • Another Public Health Crisis Looms, but there is no Vaccine for this One, Micheal Diamond, Co Founder, The Infection Prevention Strategy